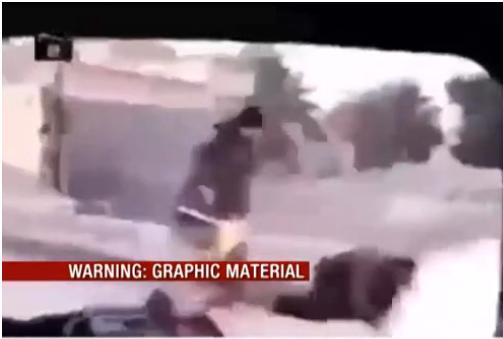 British soldiers have been caught posing as Arabs and shooting Iraqis in the occupied city of Basra in southern Iraq. A group of them was caught yesterday by Iraqi police. They were driving an Iraqi car, wearing Arab clothing, and carrying weapons and explosives.

The Iraqi police were patrolling the area looking for suspected “terrorists” or “insurgents”, and they noticed that the men were acting suspiciously. Suddenly, without warning, the suspicious men started shooting at people, but the new Iraqi security forces managed to capture some of them before they could escape. Obviously, if these men had not been caught, the mass media would now be reporting the incident as just another attempt by evil “terrorists” to create civil war in Iraq.

There have been a number of incidents in this area and throughout Iraq in which police and civilians have been targeted and killed by “terrorists” or “insurgents”. But this is the first time that any of those responsible have been caught in the act, and it is now clear that at least some of them are working directly for the occupying forces, as many Iraqis have openly suspected all along.

A few days ago, in a statement unreported in the corporate mass media, Iran’s most senior military official specifically linked the instability in Iraq with agents of the US and its allies: “we have information that the insecurity has its roots in the activities of American and Israeli spies.”

The post-war violence in Iraq is always been blamed on “Islamic extremists” or “rival ethnic factions”. Yet in the history of the country, nothing like this has ever happened before. The problems began precisely when the US and UK seized control.

The Iraqi police arrested the men and put them in prison. Unfortunately the police never had a chance to question the men and find out exactly what they were doing, because within minutes the UK sent in six tanks and an elite SAS unit to break their terrorists out of jail.

During the illegal prison break Iraqi officials were held at gunpoint, much of the jail was demolished, and all of the other criminals and insurgents were set free. The US and UK do not hesitate to use violence and terror to achieve their objectives, no matter what the consequences.

The official explanation for the illegal jail break is that somebody thought the British men might be taken away by a gang of Iraqi resistance fighters and never seen again. This is blatantly nonsense, of course, because the entire prison was entirely surrounded by British tanks and troops. With the full force of the British military at hand, the terrorists were rescued quickly and easily.

As further details emerge, the Western media increasingly presents conflicting reports about the nature and sequence of events, and the official British sources cited without question in mainstream news coverage are indicative of a classic disinformation exercise.

When local people saw what was happening the area began to erupt with angry anti-British protests.

The Guardian, “British tanks storm Basra jail to free undercover soldiers”, front page, 20 September 2005.
http://www.guardian.co.uk/Iraq/Story/0,2763,1573933,00.html
British tanks storm Basra jail to free undercover soldiers
British troops used tanks last night to break down the walls of a prison in the southern Iraqi city of Basra and free two undercover British soldiers who were seized earlier in the day by local police.
An official from the Iraqi interior ministry said half a dozen tanks had broken down the walls of the jail and troops had then stormed it to free the two British soldiers. The governor of Basra last night condemned the “barbaric aggression” of British forces in storming the jail.
Aquil Jabbar, an Iraqi television cameraman who lives across the street from the jail, said dozens of Iraqi prisoners also fled in the confusion.
…
In a day of dramatic incidents in the heart of the British-controlled area of Iraq, the two undercover soldiers – almost certainly special forces – were held by Iraqi security forces after clashes that reportedly left two people dead and threatened to escalate into a diplomatic incident between London and Baghdad.
The soldiers, who were said to have been wearing Arab headdress, were accused of firing at Iraqi police when stopped at a road block.
…
Muhammad al-Abadi, an official in the Basra governorate, told journalists the two undercover soldiers had looked suspicious to police. “A policeman approached them and then one of these guys fired at him. Then the police managed to capture them.”
…

BBC News, “Iraq probe into soldier incident”, 20 September 2005.
http://news.bbc.co.uk/1/hi/world/middle_east/4264614.stm
…
Both men were members of the SAS elite special forces, sources told the BBC’s Richard Galpin in Baghdad.
…
Mr Reid said surveillance had established the men were being moved to another location, while at the same time an angry crowd posed an obstacle to the departure of the six-strong team.
…
Almost simultaneously, a separate operation was staged to rescue the men from the place where they had been moved to.
…
Richard Galpin said al-Jazeera news channel footage, purportedly of the equipment carried in the men’s car, showed assault rifles, a light machine gun, an anti-tank weapon, radio gear and medical kit.
…

Al-Jazeera, “The occupation forces are the real perpetrators of bomb attacks in Iraq?”, 14 September 2005.
http://www.aljazeera.com/cgi-bin/conspiracy_theory/fullstory.asp?id=257
Iran�s top military commander accused the United States and Israel of planning the non-stop bomb attacks that killed thousands of civilians in Iraq.
Brigadier General Mohammad-Baqer Zolqadr, the deputy commander of Iran�s Islamic Revolutionary Guards Corps (IRGC), told a gathering of senior officials, that the U.S. needs those attacks to justify the continuation of its military presence in Iraq.
�The Americans blame weak and feeble groups in Iraq for insecurity in this country. We do not believe this and we have information that the insecurity has its roots in the activities of American and Israeli spies,� Zolqadr said.
�Insecurity in Iraq is a deeply-rooted phenomenon. The root of insecurity in Iraq lies in the occupation of this country by foreigners�.
…

Washington Post, “British Smash Into Iraqi Jail To Free 2 Detained Soldiers”, front page, 20 September 2005.
http://www.washingtonpost.com/wp-dyn/content/article/2005/09/19/AR2005091900572.html
BAGHDAD, Sept. 19 — British armored vehicles backed by helicopter gunships burst through the walls of an Iraqi jail Monday in the southern city of Basra to free two British commandos detained earlier in the day by Iraqi police, witnesses and Iraqi officials said. The incident climaxed a confrontation between the two nominal allies that had sparked hours of gun battles and rioting in Basra’s streets.
An Iraqi official said a half-dozen armored vehicles had smashed into the jail, the Reuters news agency reported. The provincial governor, Mohammed Walli, told news agencies that the British assault was “barbaric, savage and irresponsible.”
…
In London, authorities said the two commandos were released after negotiations. But the BBC quoted British defense officials as saying a wall was demolished when British forces went to “collect” the men.
The killing of the New York Times reporter took place six weeks after an American freelance journalist, Steven Vincent, was kidnapped and killed in Basra, allegedly after being taken away in a marked police car. …
…
Iraqi security officials on Monday variously accused the two Britons they detained of shooting at Iraqi forces or trying to plant explosives. Photographs of the two men in custody showed them in civilian clothes.
…

BBC News, “Insurgents ‘inside Iraqi police'”, 21 September 2005.
http://news.bbc.co.uk/1/hi/world/middle_east/4266304.stm
…
A report released by the US defence department in July said Iraq’s police force was recruiting insurgents and former criminals to its ranks.
…

CBC News, “The Geneva Conventions”, 13 May 2005.
http://www.cbc.ca/news/background/iraq/genevaconventions.html
…
The Americans argued that captured members of al-Qaeda do not fall into any of these categories, saying that al-Qaeda members don’t wear uniforms (“fixed distinctive sign”) or obey the laws of war. Rumsfeld labeled them “unlawful combatants,” and said the rules of the Geneva Convention did not apply.
…

Washington Post, “Enemy Combatant Vanishes Into a ‘Legal Black Hole'”, 30 July 2003.
http://www.washingtonpost.com/ac2/wp-dyn/A64791-2003Jul29
…
During war, captured enemies are either lawful combatants, soldiers who adhere to such rules of war as wearing identifiable uniforms — in which case they become prisoners of war — or unlawful combatants. Al Qaeda and Taliban operatives fall into the latter category, the United States has decided, and thus have fewer legal rights than POWs and far fewer than criminal defendants.

JMD: Winter sports in Saudi Arabia? An unproven concept except for the surveillance aspect